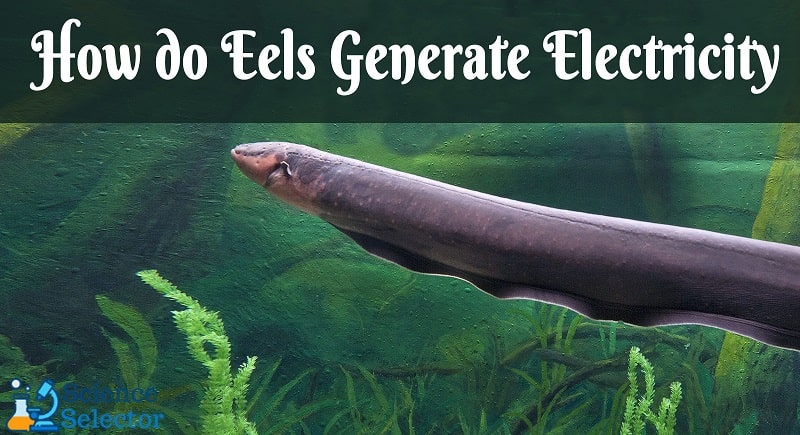 Are you curious about the vast array of species that exist under the oceans? Are you curious about Eels and how they generate their electrical charges?  Eels are species that have lived under the sea for many generations. Eels are a type of fish that have long bodies that have a close resemblance to a snake. This species of fish belongs under the Anguilliformes order of ray-finned fish. Scientists have discovered that there are approximately eight hundred species of eels in the sea.

Electric Eels are classified under the predator classification, and their transformational change from the simple larval stage to their fully matured adult state incorporates different development stages. A fun fact is that freshwater eels can travel up to 4,000 miles to breed. Additionally, some cultures consider eels to be a delicacy despite the toxicity of the electric eels’ blood. If you are looking to expand your taste glands, you must cook your eel thoroughly. Moreover, you should ensure that you catch the freshwater eels which are readily available.

Characteristics of an Eel

It is known that eels can span to a length ranging between2 inches (5 cm) to 13ft (4m) in length. 12.9 ft (3.9m) is the longest eel ever recorded, a slender giant moray eel discovered in 1927. Its size was close to that of an elephant. Fully grown eels weigh about 30grmas to well over 25kilograms.

Despite their habitat being deeply rooted in the ocean, all eels have to undergo the leptocephalus stage. It is an extended larval phase that the fish is in the open ocean where metamorphosis occurs, transforming the larval into a juvenile state, a smaller version of the adult.

Different species of eels have been found deeply rooted in other tropical waters. Electric eels can be of different colors from black or drab grey, with their deep-sea species having patterned and colorful characteristics, especially those found in tropical reef areas.

Eels can swim by generating body waves that travel along the length of their body. The wave-like mechanism for swimming allows eels to swim backward by reversing the direction of the wave. Most eels can be found in the ocean’s shallow ends, where they burrow holes into the sand, among rocks or mud. Most eels are nocturnal, which means they blend with their surrounding making it relatively hard to see them.

Some eels species live deep in water on the continental shelf, while others live even more profound, approximately four thousand meters underwater. The Anguilla species is a common eel found in freshwater, but they return to the sea during breeding seasons.

The only eel that is known to belong and heavy is the European Conger. It is estimated to grow to a length of 3 meters and a mass a weight of 110kg. Other eels can grow to be longer, but they won’t weigh as much. The slender giant moray is an excellent example of an eel that can grow to approximately 4meters in length.

The main distinction between the types of eels is in the type of water they occupy. Freshwater eels have a long snakelike body, while saltwater eels are generally longer and characterized by a cylindrical body with better-defined gills.

Conger eels generally have no scales, but they have a large head, large gill slits, wide mouths, and strong teeth. Most of this species has grey color except for black, with fin edges that black and paler belies. The conger eel is carnivorous, and it makes up some of the enormous eels spanning up to three meters in length.

On the other hand, the Morey eel can have a length range from five inches to thirteen feet. They are also carnivorous, and the family of this species is found all over the world. Few of the Moray species are found in freshwater, but most are found in brackish waters. Eels are dangerous and very territorial; if they feel threatened, they will attack.

Beach Congers are eels that can be found on the North-western side of the Pacific Ocean. They grow to a length of up to four feet. This species does not live deep in the sea but likes to stay close to the show burrowing holes to shelter themselves.

The black-spotted eel belongs to the family of spiny eels. They grow to lengths of twenty inches, and they are known by different names such as; the polka dot eel or spotted spiny eel. Their name generally characterizes their physical characteristics, and they are often found to be very colorful.

Fimbriated Moray eels are a species that can grow to two point five feet in length. This species has a yellowish-greenish color accompanied by black spots that are spread all over their body. The Fimbriated Moray is a small fish, and they are also known as dark-spotted moray or spot-face moray, which belong t the family of Muraenidae.

The Giant Moray eel-like to hide in reefs, specifically those found in the Indo-pacific region. When this species fully matures, they tend to have leopard-like specks on their body. They are carnivorous, mainly feeding on fish and small crustaceans. The gymnothorax javanicus is one of the Moray families of eels, and it is the giant moray eel.

It is an eel that grows to cover over four feet in length and has a habitat that is 262 feet deep in water. Another name for this species is the blackfin conger, commonly found in the Indo Pacific oceans. The longfin African Conger can also be found in the; easter island, red sea, Indian ocean, north and South Japan, north and south Australia, Lord Howe Island, and Ogasawara islands.

The White-spotted Conger is part of the marine conger family and is commonly found near the Japanese coast or the East China Sea, or the Korean Peninsula. This type of eel gets its name from the long line of white dots or spots along its snakelike body and often grows to approximately thirty-six inches in length. The eel mainly inhabits the shallow ocean floors and caves in the sand or mud. The white-spotted Conger is considered a delicacy.

As the name suggests, this type of eels has zebra-like stripes all over its body. They also feed on sea urchins, mollusks, and crustaceans.

This species is part of the Moray family of eels, and it can grow to a length of twenty inches. They are also called clouded moray, and they mainly feed on smaller fish and crustaceans. The snowflake moray can easily be found off the eastern coast of Africa and Micronesia.

You probably have heard of the electric eel. It is the most common type of eel, and it often the first type of eel you think of when eels are mentioned. The electric eel is the only animal that paralyzes its prey using an electric current. This species is one of the unique creatures and, at the same time, very lethal. Its electrical sting can effectively penalize a large cow.

Unlike other eels’ electric, eels need to breathe air. This characteristic forces them to take habitats that are close to the water surface. A fun fact is that electric eels are the only kind of their species and are commonly found in South America. The Electrophorus electricus has often been created arguments where people think it is an eel, but it is a knife fish in an absolute sense.

The ability of electric eels to attack prey with high-voltage currents is legendary. Electric eels use specialized cells to produce their electric charge. Electrolytes are the cells that make up most of the eel’s two-meter-long body. Hundreds of cells are aligned to resemble rows and rows of stacked hot-dog buns. They’re similar to a muscle, but they don’t play any part in the animal’s swimming. To produce electricity, they direct the ions, which are charged particles.

Like pipes, tiny tubes bind the ion cells. These bonds allow the positive charge in molecules as ions to flow outward from the back and front of a cell. However, when the eel delivers an electric jolt, the body uses specific channels and closes the rest. It now allows positively charged ions to flow in one direction and out the other, just like an electric switch.

The molecular ions create a positive charge in the body’s specific points and generate another negative charge in other parts. Every electrocyte generates a small amount of electricity as a result of the charge difference. Those trickles add up with so many electrolytes.

What can you do with all this eel knowledge? You can use the ability to impress your friends or know what type of eel you run into your next South American trip. If you feel an electrical shock, you probably came across an electric eel.