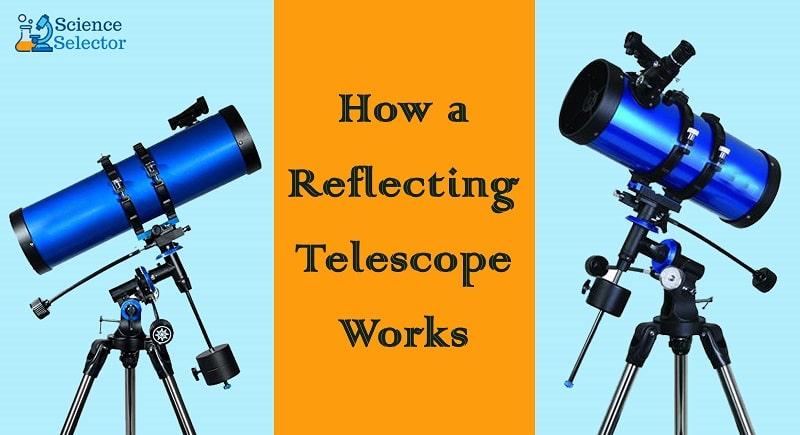 Have you always wondered what planets exist beyond earth? Yes, you might have learned that there are other planets like Mars and Jupiter but never gotten the chance to see one. Humans and space bodies have been united through telescopes, a gadget that astronauts have greatly used to explore what exists beyond the great blue sky, and a tool that you too can use to quench your intergalactic curiosities. Space exploration has been made possible by reflecting telescopes that have led to hobbies such as star gazing. To get a glimpse of the heavenly bodies, you should get a reflecting telescope. Here are how a reflecting telescope works, what it is, and the different types of reflecting telescopes.

History of the Reflecting Telescope

Historically the main issue that faced the development of reflecting telescope was the quality of emerging created from the inverted image being observed. Newton, the founder of the Newton Telescope, used a metal primary mirror that’s was spherical and grounded, and to it, he added an even smaller diagonal mirror to form an optical configuration.

The spherical metal mirrors being used traditionally performed poorly, and the advancement of the reflecting telescope traditionally was aimed at improving the meatal mirrors. The efforts made to improve the metallic mirrors lead to the development of a parabolic mirror in the 18th century, which still lacked image quality. Scientists pushed on the craft, and in the 19th century, they developed a silver-coated mirror.

The silver mirrors soon became outdated since they would often lose their silver coating. The 20th century saw long-lasting aluminum coating, which incorporated segmented mirrors for active optics and larger diameters to make up for the gravitational deformations.

The end of the twentieth century saw the construction of lucky imaging and adaptive optics, which greatly aimed at repairing the visual problem and eventually fathering the invention of other types of telescopes like the space telescope and other spacecraft imaging devices.

As the name suggests reflecting telescopes, use mirrors as the main enabling feature. However, reflecting telescopes are not made for the sole purpose of examining the electromagnetic spectrum we see but also to give an adventure into the long and short wavelength areas like the ultraviolet and the infrared.

The telescope makes use of a primary mirror that reflects light into focus instead of refracting the image like how other telescopes function. The primary mirror is in the shape of a concave spherical or parabolic shape. The shape enables the mirror to reflect light, and at the same time, has a process where it makes an inversion of the image at the focal point and projects this to the eyepiece.

In the reflecting telescope’s housing, the main mirror is positioned at the lower end of the cylindrical tube, and a thin film of metal, preferably aluminum, is used to coat the front end of the surface.

In contrast, the back end of the mirror is made of glass; however, Astonmomers could have used other materials in past inventions. Historically, the material Pyrex was the material of choice when making the primary mirror’s back end. The advancement in technology has led to the development and use of different glass materials that meet the low ecoefficiency of expansion to make this part of the reflecting telescope.

Isaac Newton is credited with e creation of the first reflecting telescope. The Newtonian telescope is developed using the paraboloid mirror or a spherical mirror that provides an even higher image resolution. A second mirror reflects light on a focal pane surface at the top of the telescope tube. His design gave rise to more reflection telescopes, as discussed below.

Before Newton’s success in developing a telescope, the Scottish mathematician and astronomer James Gregory in 1663 made his telescope design and named it the Gregorian Telescope. Its poor imaging capability significantly crippled the telescope. His design used a concave mirror as a secondary gadget that reflects the image through a pinhole to the main mirror produced an upright image. “The Magellan Telescope,” “Large Binocular Telescope,” and “Vatican Advanced Technology Telescope” still use this design.

A Cassegrain telescope design is generally used to make larger reflecting telescopes. This telescope has a second mirror reflecting light through a pinhole to the main mirror’s center. Laurent Cassegrain is credited with this invention, which was officially used developed in 1672. The design uses the parabolic and hyperbolic mirrors that form the primary and secondary mirrors, respectively. The secondary mirror has a folding diverging effect that allows the telescope to have a short tube while still providing a longer focal length. Compared to Newton’s image that had the image reflected on the top of the telescope tube, the difference in this design is that it is viewed through an eyepiece commonly known as a detector at the telescope’s back.

This telescope is designed by “George Willis Ritchey” and “Henri Chretien,” who closely mimicked the Cassegrain Telescope. The telescope developed in 1910 has incorporated two hyperbolic mirrors in place of the parabolic mirror. The focal pane also has a different design, contrary to the spherical one that Astronomers initially used. The design uses a flat focal plane. It has been used in many of the professional telescopes in the world since its design gives it a superior photographic observation of a vast field.

This type of telescope is designed by William Herschel, who is among the designers of larger telescopes. The Herschelian telescope features a forty-foot telescope tube with a primary mirror tilted to reduce obstruction of light by the observer’s head. The telescope designed in 1789 was aimed at reducing the use of the secondary mirror that often-used metal and metal got tarnished easily.

Telescopes have developed to the point that they have multiple mirrors inside the telescope tube. Astronomers are driven to make greater discoveries of the solar system, warranting them to develop telescopes that are large and effectively increase telescopes’ light-gathering capabilities.

The increase in the telescopes’ light collection gives them the power to have a more profound space discovery. The development of larger telescopes with more outstanding light-gathering capabilities has made it much more expensive, hence developing new telescope designs that are cost-effective and nontraditional. Additionally, traditional designs are being done away with since the primary mirror’s parabolic shape has failed to provide a wider field of view. From this article, you can make an informed decision when buying your next telescope and know-how a reflecting telescope functions.