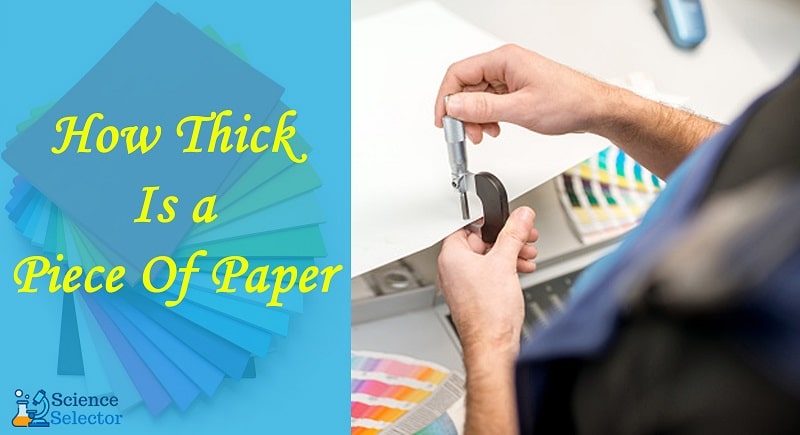 Throughout the history of human beings, writing has always been a way of conveying messages. Traditionally prehistoric people used to write and draw on cave walls as a way of passing on information to the next generation and educate their kids on the methods of survival.

This moral instinct of education led to papyrus and clay writing platforms; this platform helped convey messages and preserve history. With the advancement of man, we developed the paper. It became the only way to maintain information where books are printed on paper, and other information from advertisements to class learning purposes uses the form to date.

The History of Paper

The paper’s history dates back to the initial paper-making strategy recorded in China in the Eastern Han era (25–220 CE); with the court executive Cai Lun is known with it. The Islamic world picked up Chinese paper-making strategy in the eighth century; at the time, Islam incorporated pulp mills or paper mills to make money and paper.

Paper-making was introduced to Europe in the 11th century. Paper-making had progressed to the point that waterwheels were used in paper mills in Spain by the 13th century. The invention of wood-based papers in the 19th century brought further changes to the paper-making process in Europe.

The Sizing History of Paper

The size of paper comes in during the development or making of the paper sheet. Different cultures produced a piece in different ways. For the Ancient Greek papyrus, the paper sheet is made by slicing thin ribbon-like strips from the Cyprus papyrus interior and laying them side by side to form aboard.

Additionally, a second layer is applied, with the strips running at a right angle to the first. After that, the two layers pounded together to form aboard. The result is outstanding, but the surface is uneven, particularly at the strips’ edges. When used in scrolls, the strips fall apart again after repeated rolling and unrolling, usually along vertical lines. Many ancient papyrus documents exhibit this influence.

ISO 216 is a worldwide paper size measurement standard, with the exemption of Northern America and other Latin States area. The Unit specifies it as “A,” “B,” and “C” sequence of paper sizing, which includes A4 papers, which is a standard paper size around the world. The ISO 217 and ISO 269 supplementary specifications describe similar sheet size; the ISO 269 “C” standard goes hand in hand with the B and A sizes. Paper size standards govern the size of paper sheets implemented in writing, class tools, cards, and certain printed documents.

Paper thickness is often measured with a caliper, usually expressed in thousandths of inches in the U.S. or micrometers (m) elsewhere. The thickness of the sheet will range from 0.07 to 0.18 millimeters (0.0028 to 0.0071 in).

The Weight of Paper

The weight of paper is a familiar identifier. The United States’ weight refers to the heaviness in a ream which is bundles of five hundred sheets of various “basic sizes,” which is the size before the split and sold to customers.

The paper’s mass is denoted in grams per square meter in Europe and other areas that use the ISO 216 paper-size scheme. The grams of printing paper are usually between 60 and 120 grams. The card is described as anything weighing more than 160 grams. The importance of a ream is thus determined by the dimensions and thickness of the paper. Paper is also measured about its size.

Most paper for sale in Northern America is divided into unit paper sizing based on U.S. custom standards and specified by a sheet’s width and length. Most other countries use the ISO 216 scheme based on the paper size rather than its width and weight. Germans first used it in 1922 in Germany, and it quickly spread around the world as countries picked up the metric system.

A0 (A zero) is the most extensive standard size file, Unit per square meter (approximately 1188 x 840 mm). A1 usually is half of an A0 paper sheet (i.e., 594 mm x 841 millimeters), so a combination of sheets of A1 placed side by side is the same as one A0 sheet. A2 paper sheet is half in size A1 document, and so on. A4 and A3 are typical sizes where two A4 paper sheets construct A3 paper size.

The paper used in tissue is known to have a density of 250 kg/m3, while specialty paper has a thickness of 1500 kg/m3. The weight of print paper is approximately eight hundred kg/m3.

A minor straightforward measurement called a basis weight is used to or instead of grams in countries borrowing the American paper sizing units. The weight per every area of all paper and paperboard types is measured in glamming per square meter in the metric system. In both English and French, this quantity is known as grammage.

Below you will find quick-reference table that shows how paper weight and paper thickness relate.

According to its name, coated paper is covered with a material. The weight or gloss of the paper can be highlighted in this way. The coating deters ink adsorption as well as renders a smooth finish. Additionally, paper with a coating formulation is more durable.

This is simply uncoated paper – one that doesn’t have any extra coatings or finishing’s on it. During the production process, there is no coating, which eliminates glare. Therefore, you can print a lot of text on it, as it is ideal for printed materials with a lot of text.

The paper’s density is calculated in terms of the weight of a paper bale ream of estimated sizing, and a sheet counts as basis weight. A paper ream’s weight is usually defined in avoirdupois pounds, as the known count of pulp product of a ream is usually five hundred sheets in the U.S. system. However, the mass stated does not correspond to the weight of the ream purchased by the consumer.

However, it’s the bulk of the untouched “basis ream,” The papers are a little more significant (parent size). It is frequently used in the products manufactured before the paper sheet is split into parts that are later distributed.

A ream’s standard measurements and sheet count differ depending on the type of document. These “uncut” known sizes aren’t usually identified on the paper sheet, aren’t officially standardized, and must be placed or inferred from trade experience somehow. This method has existed for a long time due to practical judgments such as the paper sheet’s size.

Consumers can easily compare different paper brands by normalizing the same base paper size to the same form of sheet. Regardless of the cut size, 20 bond pound paper is often less heavy and thinner than a 32-paper bond. The twenty-pound bond paper size and twenty-pound authorized size paper is similar in weight, but the cut size is different.

The newspaper’s basic measurements were twenty-four by thirty-six inches (610 by 914 millimeters), with five hundred paper pieces per ream, due to early newspaper presses printing sheet two by three feet (610 by 914 millimeters). Groundwood wallpaper hanging (wallpaper) is manufactured on newspaper machines, and newsprint was made from groundwood pulp. Newsprint was used as wrapping paper, and they also used newsprint to make the first paper bags. Even though kraft pulp rather than groundwood was used for more excellent packaging papers, the newspaper bale standard has become the industry unit standard.

The “#” symbol is often used to indicate paperweight. “twenty#” means “20 pounds per basis ream of five hundred sheets,” for example. A paper ream of density is allocated in pounds, the frequency followed by its “M weight.” The letter M in mass weighs an estimated 1000 split paper sheets (in pounds). Since M weight is often gradual within a given paper size and provides a simple weight measurement for shipping costs, paper suppliers usually charge by M weight.

The paper developed as a necessity for human enlightenment. Its use and development have been refined over the years with better production processes that ensure the paper sheet is smoother and that the paper’s thickness varies with the intended use.  The paper sheet used to make an envelope is generally thicker than the paper used to create writing books. All the difference in thickness is made possible through the different production machines available today.